Challenges to the economic stability of large emerging economies: The cases of Brazil and India

This research project investigates two economies, Brazil and India, over the last decade. Both economies showed a considerable institutional stability in the first decade of the new millennium, exemplifying a type of state-permeated capitalism that works fundamentally different than Western capitalism.

The basic question is simple: why did Brazil end up in a recession and a breakdown of its institutional structure whereas India could sustain its state-capitalist path?

Arguing from a Comparative Capitalisms perspective, this project aims to develop an institutionalist explanation for this divergence. Doing so, it tries to contribute to ongoing debates about 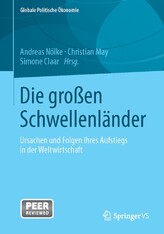